The Death of a Patriot 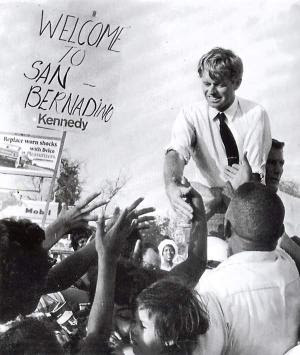 “Each time a man stands for an ideal, or acts to improve the lot of others, or strikes out against injustice, he sends a tiny ripple of hope, and crossing each other from a million different centers of energy and daring, those ripples build a current which can sweep down the mightiest walls of oppression and resistance.”