The Death of an Immortal

As I logged onto myspace this morning, I saw my friend Susan had posted a bulletin titled, "Paul Newman has died." Reading it, I felt like I was a bit out of breath.
You see, I have been a long admirer of Paul Newman's, and not just because he was one superfly 83-year-old that I dreamed of five minutes alone with in a coat closet.
At a time when our country was sending our sons to die in an unpopular war, Paul Newman made the hard choice of making his opposition public, a decision that could've cost him his career. And, because of the actions he took, he found himself on the original Nixon's enemy list.
Now, as you know, I reference Nixon's enemy list often because, really, it is some of the craziest shit ever to come out the Oval Office. The top of the list detailed the goals of existence, which was, "This memorandum addresses the matter of how we can maximize the fact of our incumbency in dealing with persons known to be active in their opposition to our Administration; stated a bit more bluntly—how we can use the available federal machinery to screw our political enemies."
We all know the guys in charge now have thrown their power around to burn anyone in their powerful paths (do the names Joe Wilson and Valerie Plame ring a bell?), but even these assholes weren't nutty enough to whip out a pen and paper and make a fucking list to carry around in their lapel pockets. Nixon, as it is, was a special kind of crazy. When reporter David Schorr read the list on live air, he didn't even realize he, too, was on it until he got to his name.
Beside each person's name was an explanation as to how and why they were unlucky enough to have Tricky Dick deploy the IRS upon them. Paul's said, "Paul Newman, California: Radic-lib causes. Heavy McCarthy involvement ’68. Used effectively in nationwide T.V. commercials. ’72 involvement certain."
Nixon had hoped that he could disentegrate Paul's character and the American people would instantly distrust the actor. The mission failed and Newman said on many occasions that he considered being on the list was the greatest accomplishment of his life. One of my favorite authors, Hunter S. Thompson of Fear and Loathing fame, said that not making the list was the biggest disappointment in his.
Paul was a celebrated actor and director, as well as a businessman. He said of his wife, the woman he wed in 1958, "I have steak at home, why go out for hamburger?" Of all the marriages we see melt into a bitter nothingness, Paul and his beloved Joanne Woodward gave us a shining example of lifelong fidelity.
Paul spent his life fighting for the underdog, a true romantic until the end. As someone who shuned the Hollywood lifestyle, he died in the Connecticut farmhouse he raised his children in.
As those who fought the imperialism of Nixon continue to leave this life, I tip my hat today to the great Paul Newman. You will be missed, not for your acting, but for your patriotism. 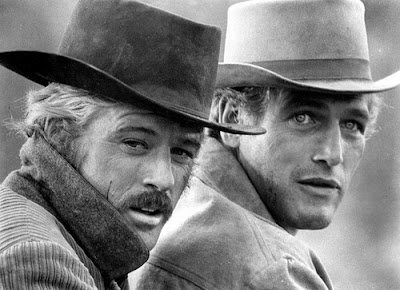 Wow, I never knew about that Nixon enemy list. Even with my 5 on the AP US History Exam--go public education! Rah! That is some batshit crazy stuff.

Seriously, Paul Newman was a good 'un. It's sad that he's gone. I actually liked him a lot for how he adored his wife so much.

I saw Paul Newman at a grocery store once in Malibu. Just as I was enjoying the view a crazy-psycho-woman came out of nowhere and tackled him right there in produce. The grocery store employees had to peel her off him...insanity. I will miss him.

all I seem to say to your posts here lately is Amen and I just wish I could write and post like you . Very nice tribute to the late great Paul Newman .

I bet that the current administration has an enemies list. It just has not leaked yet. After all, Iraq war mastermind and administration flukey Paul Wolfowitz once wrote that American leadership required, "demonstrating that your friends will be protected and taken care of, that your enemies will be punished and those who refuse to support you will live to regret having done so."

I greatly admired Paul Newman as an actor and as a person. He and his lovely wife Joanne were an example to many married people. He will sorely be missed. Since I love cowboys, I certainly loved him in the cowboy movies but I loved him in 'Cat on a hot tin roof'. He was such a sexy guy in that movie. A true star on and off the screen.

Fell in love with his potrayal of "Cool Hand" Luke. I have been a fan ever since. He came to my hometown to film "Blaze". He was a great gentleman. God Bless him and his family.